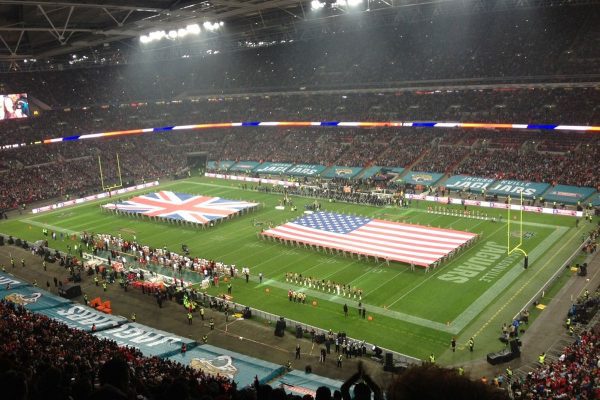 If you like going down to Jacksonville to see the black and gold take on the Jaguars, your travel plans for some point in 2020 are safe.

Today it was announced that the Jacksonville Jaguars will play not one, but two games in London, England in 2020, and right away there were assumptions from many NFL live lines that the Steelers might be one of the two unlucky teams that have to go play overseas.

That’s not going to happen.

The Jaguars did Steeler fans a favor on Tuesday, as they confirmed their games against the Steelers and Chicago Bears will be played at Jacksonville’s TIAA Bank Field.

The news is good as it means that if you are someone who likes to head down to Florida to see the Jags and Steelers do battle, you can move forward with your plans once the NFL schedule is announced.

The league won’t announce the schedule until at some point in April, and at that point we will all know for sure exactly when the Steelers and Jaguars will do battle.

The last time the Steelers played the Jaguars in Jacksonville at TIAA Bank Field it was one of the more memorable games for the Steelers back in the 2018 season.

The black and gold were getting basically dominated by the Jaguars, as they trailed 9-0 at half and after a Jacksonville score with 2:09 to play in the third quarter, the Jags led the Steelers 16-0.

That’s when the Steelers put on a heck of a rally, as they scored quickly on a long pass from Ben Roethlisberger to Antonio (who?) Brown to make it 16-7.

It took till there was just 2:28 to play before the Steelers closed it to 16-13, as Vance McDonald pulled in an 11-yard touchdown pass from Roethlisberger to cut more into the Jaguars lead.

From there the Steelers defense stepped up with yet another three-and-out, and the Steelers offense went back to work to win the game.

The big play was a 35-yard pass play from Ben to JuJu Smith-Schuster for 35 yards down to the Jaguars 27-yard-line.

The Steelers were able to get down to the Jaguars one after a couple of Jacksonville penalties with just :15 seconds left in the game.

The play was a simple one, a Roethlisberger sneak with a chance for an option, but the big QB took it himself, crossing the goal line with five seconds left for the win, 20-16.

The win put the team at 7-2-1, and while the year ended with disaster and the inability to get into the playoffs, it was one of the most memorable wins of 2018.