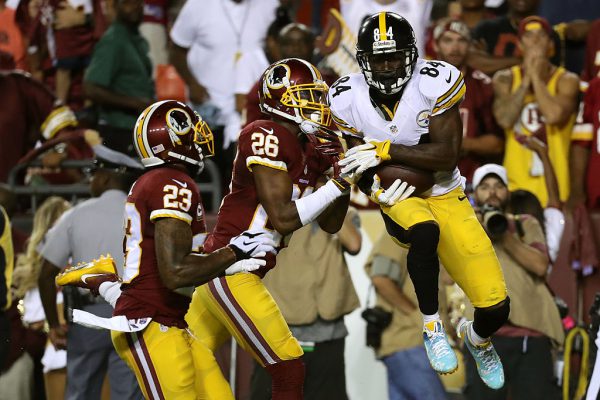 The “Antonio Brown Apology Tour” continued on Wednesday, and the person the other end of the apology on Wednesday might be the most surprising yet.

That person is none other than Steelers quarterback Ben Roethlisberger, who Brown went after numerous times once things came to the table after the 2018 season ended.

Brown took to Instagram to say ‘sorry’ to Big Ben, putting up a photo of the pair in much happier times.

He would go on to say: “I never realized how good I had it, got caught up in my emotion with everyone coming after me I really apologize for my actions sincerely man !”

Mostly you a little bit of me ! Yee yee !! I never realized how good I had it, got caught up in my emotion with everyone coming after me I really apologize for my actions sincerely man ! It’s never been another connection like what we done in the past decade. I appreciate you. Sincerely AB

Roethlisberger never gave a lot of credence to what Brown said once he was off the Steelers roster, and likely when he at some point is hit with the question of what he felt about Brown’s comments.

Steelers Won’t Play the Jaguars in London in 2020
NFL Upholds $50,000 Fine Against Steelers QB Mason Rudolph for Role in Fight with Browns Garrett