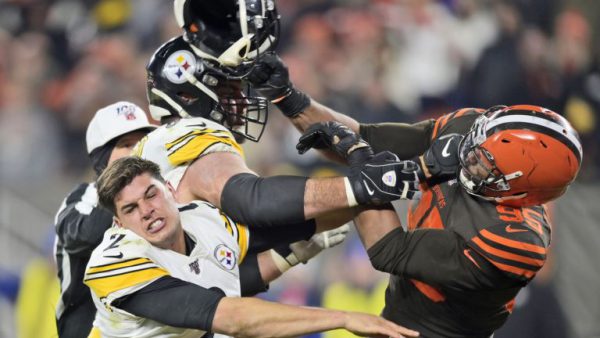 While the NFL has lifted the suspension of Browns defensive lineman Myles Garrett, the league has upheld the $50,000 fine levied against Steelers quarterback Mason Rudolph for his part in the November 14th incident.

The appeals process “took a while to work through,” Mike Garafolo of NFL Network added. This should finally close the book on the ugly incident after the league office officially reinstated Browns defensive end Myles Garrett on Wednesday.

Garrett had received an indefinite suspension for swinging his helmet at a defensiveless Rudolph. Garrett missed the final six games of the season, but got the suspension lifted on Wednesday.