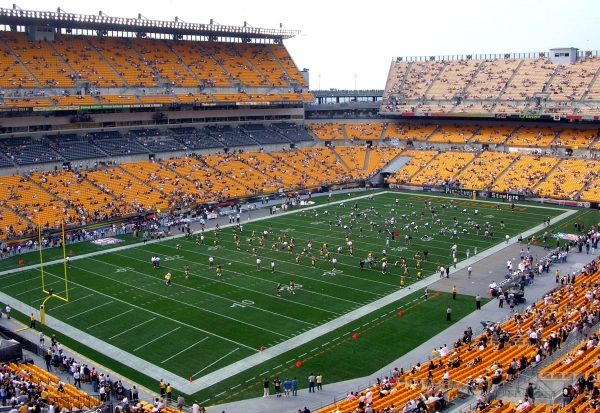 The Steelers will have their first “home field advantage” of 2020 on Sunday, albeit with a much smaller crowd than usual at Heinz Field.

The team announced Tuesday that the state is allowing 5,500 fans into Heinz Field for the 1pm matchup with interstate rival Philadelphia.

It will be the first game in 2020 that the Steelers will have fans.

“I know that as a football team, we’ll be excited if we have an opportunity to perform in front of fans in our home venue,” Steelers coach Mike Tomlin said Tuesday.

“Man, they inspire us, and we’re looking forward to entertaining them.”

The total allowed capacity also includes coaches, players and team personnel, which is why only 5,500 tickets are available to fans.

Season ticket-holders who did not opt out of the season will be given priority, and seat selection will be based on a computer-generated random selection of season-ticket holder accounts, Rooney II said in a statement.

Steelers-Titans Affair to Be Played in Week Seven, Ravens Game Moved to Week 8
Video: QB Ben Roethlisberger Speaks to the Media as He Gets Ready for the Eagles