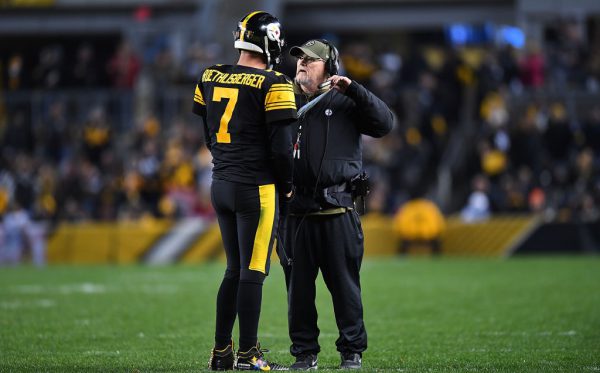 The Steelers housecleaning has begun with the coaching staff, as the team today announced they are parting ways with offensive coordinator Randy Fichtner.

Head coach Mike Tomlin released a statement regarding the dismissal of the three coaches.

“I want to thank all three of the coaches for their commitment and dedication to the Pittsburgh Steelers,” Tomlin said.

“They have all played integral roles in our success and I am appreciative of their efforts. Personally, Randy and I have been in Pittsburgh since I hired him in 2007, but our relationship began well before that.

“He has been a friend of mine for years and wish his family nothing but the best, and I am eternally grateful for our relationship both on and off the field.”

Fichtner took a ton of heat late in the season when the team struggled to put any points on the board, and many felt the lack of a run game also was the fault of the coaching staff.

The team promoted Fichtner after they fired Todd Haley after the 2017 season.

Fichtner was with the team since 2007, and had worked with Ben Roethlisberger since the 2010 campaign.