Can Summers Be the Short-Yardage Back the Steelers Need? 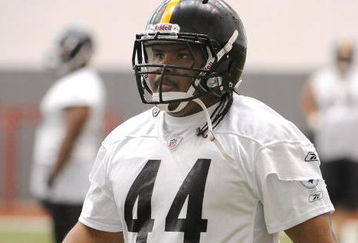 Gary Russell is gone, and someone is going to have to carry the load on those third-and-one plays for the Steelers in 2009. Pro Football Weekly reports that player could be recent draft pick Frank Summers, who was the teams 5th round pick from UNLV. Here’s the report from the site:

Though some are projecting rookie RB Frank Summers to be the Steelers’ short-yardage specialist, Summers is not making any assumptions about his role on the club. “Any area I can help, whether it’s short yardage, catching the ball or special teams, I’m going to do all I can,” Summers, a fifth-round pick from UNLV, told PFW this week. Summers has proven he can contribute in all of those areas. In two seasons at UNLV, Summers racked up 1,668 yards rushing and 14 rushing touchdowns and caught 36 passes for 402 yards and six touchdowns. He has also shown an affinity for playing special teams.

He even kicked off in high school. The 5-10, 230-pound Summers told PFW he’s also comfortable blocking, something he was not primarily asked to do in college. However, he played fullback at the Texas vs. the Nation college all-star game in January, and with at least three running backs (Willie Parker, Rashard Mendenhall and Mewelde Moore) likely to be ahead of him on the depth chart, contributing as a blocker would help his cause in making the roster. For now, Summers’ focus is on studying the Steelers’ playbook and learning the club’s terminology.

One of his primary goals is learning his pass-protection responsibilities, which are more wide-ranging than the ones he had in college because of the increased complexity of pro defenses.

I like the sound of Summers coming in and being that brusing back that the team really has not had since some guy named Bettis walked away after winning a ring in 2005. If Mendenhall can’t get it done in short yardage situations, maybe Summers can.