Scouting the Enemy: #12 in the AFC – Kansas City Chiefs 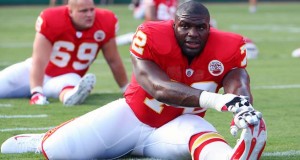 The Good – Matt Cassel should be better in his second season as QB, and more in control of the Chiefs offense. Jamaal Charles had 1120 yards last year, and showed he can be a solid RB in the NFL. They added Thomas Jones, formerly of the Jets as RB depth. The team feels first-round pick Eric Berry can step right in and be a starter at the free safety spot. Last year as a rookie kicker Ryan Succop missed just three kicks and had 104 points.

The Bad – This is still a very young team, and they will have their lumps again in 2010. Dwayne Bowe talks to much for the lack of production he has had as the teams #1 wide out, and Chris Chambers has seen better days as the teams #2. Glenn Dorsey and Tyson Jackson are two high priced D-linemen who have not played up to the money they were paid. Their two inside LB’s are beatable in both the run and pass game.

Steeler Connection – They don’t play the Chiefs in 2010, which is a shame since they are one of the not so good teams in the conference. Then again, we though that last season and the Steelers went into Arrowhead, built a lead, and lost in Overtime in a game they clearly should have won.

Have at it Steeler Nation – Browns Pukes are on the Attack
Scouting the Enemy: #11 in the AFC – Jacksonville Jagaurs