Scouting the Enemy: #13 in the AFC – Cleveland Browns 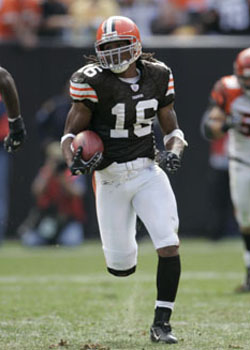 The Good – The team enters 2010 on a high, as they won their last four games, and did it with a solid run game and mistake free football for the most part on offense. They also added a veteran QB in Jake Delhomme, who they think will help add stability to the pass game. Josh Cribbs may be one of the top 3 game breakers in the NFL, and on defense they got to the QB late in the season, and they think that will carry over into the new season.

The Bad – They are still the Browns, and usually find ways to beat themselves. Delhomme hasn’t played well since the playoff game two seasons ago against the Cardinals, and they have a lack of pass catchers at the WR spot. They give up a lot of yards on the ground, and teams tend to dominate them in time of possession. They are undersized at the LB spot, and can be beat on by teams with bigger O-lines. They are somewhat young in the safety spot with T.J. Ward and Abe Elam penciled in as starters.

Steeler Connection – The teams will do their usual twice a year thing, the first meeting being on October 17th in Pittsburgh, in what could be the first game back for Ben Roethlisberger. Meeting two will be in Cleveland on January 2nd, the last game of the regular season. The Steelers dominated the Browns in game one last year, but were frozen in sub-zero temps in game two in losing to Cleveland December 10th. They are too good to lose to Cleveland – ever.

Would the Steelers Even Think About Terrell Owens?
Jonathan Dwyer a Possible Fantasy Sleeper in the AFC North?