How Will the Steelers Attack the CB Position This Offseason? 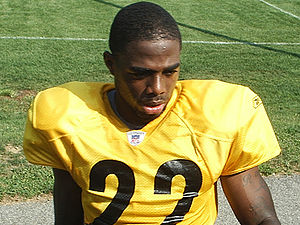 There’s been plenty of chatter already in the two weeks since the Super Bowl about how the Steelers are going to deal with the corner spot in 2011 and beyond.

Ike Taylor is a free agent, as is William Gay. It’s starting to sound more and more like the CBA is eventually going to get settled, meaning that both those players will in fact be able to leave and go elsewhere.

The Steelers seem to like Taylor enough to make him a very fair offer that could keep him around. Last time he was extended was before 2006 when he received a contract extension valued at $22.5 million over four years (with $6.4 million guaranteed).

Taylor has been sometimes very good, sometimes frustrating. I can see the Steelers giving him a 3-4 year deal that pays him about $4 mil per season. I can’t see him getting $5 mil on the open market from any team. Champ Bailey and Nnamdi Asomugha can get $5-6 mil per season, but not Taylor.

Then there’s Gay, who was a 5th round pick of the Steelers in 2007, and was a starter once the team lost Bryant McFadden. He’s only 26, and again is not a player that is going to command a ton of money on the open market.

It’s going to be interesting to see if the Steelers really make him an offer. One would think that they will try to get him on the cheap, but if he does get some team to bite, he’ll be gone.

With major talent on the open market, here’s what ESPN’s James Walker thinks the team will do this offseason with the corner spot in his weekend mailbag.

The Steelers are more likely to use an early draft pick (then get a high priced free agent CB). That is in line with their long history during the offseason. Every year we get e-mails from Steeler Nation asking will Pittsburgh go out and sign this Pro Bowler or that Pro Bowler in free agency and I just shake my head. Most Steelers fans know (or should know) that’s not how they operate. Maybe one day the Steelers will surprise everyone, but until then I’m anticipating another quiet offseason until the NFL draft.

That seems very much to be the route the team will take. The question is – where do Taylor and Gay lie in the teams plans?

Owners and Players Keep Talking About a New CBA
After a Delay, Harrison Goes Under the Knife