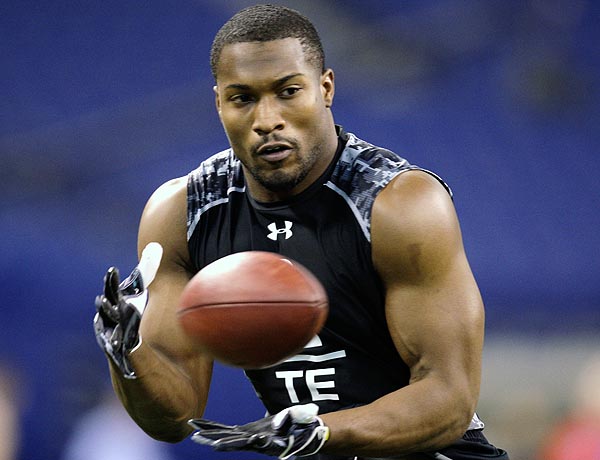 The Steelers have inked Dorin Dickerson to practice squad. The former Pitt wide receiver played last for the Texans, the team that took him in the 7th round last season. He appeared in 7 games with the team without a catch.

He worked out with the Steelers last Tuesday. “Very blessed to be a part of the Steelers organization!” Dickerson wrote on his Twitter account this afternoon.

The 6-foot-2, 230-pounder was released during final cuts earlier this month. Dickerson played multiple positions at Pitt before settling in at tight end. He caught caught 45 passes for 508 yards and 10 touchdowns as a senior, earning All-American honors.

Roster Set at 53 – OL Hills, P Kapinos and CB Buter Among the Cuts
Colon’s Season Officially Over After Steelers Place Tackle on IR