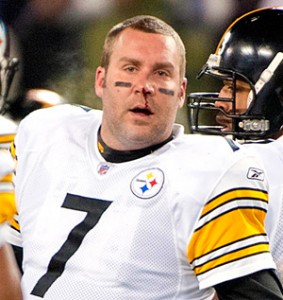 A settlement has been reached in the 2008 rape case against Ben Roethlisberger. Reports tonight indicate that Roethlisberger and Andrea McNulty reached a deal.

Both McNulty and Roethlisberger’s lawyers wouldn’t discuss the case, so there’s no word about if any money changed hands, but it’s probably a pretty good bet.

That was the first time that Ben was accused of assault against a woman. Again in 2010, Roethlisberger faced accusations of sexual assault at a college bar in Georgia. Charges were never filed after an investigation by police.

Steelers Ink Former Ravens QB Troy Smith
Did Arians Really Reitre? Or Was He Forced Out by Rooney?