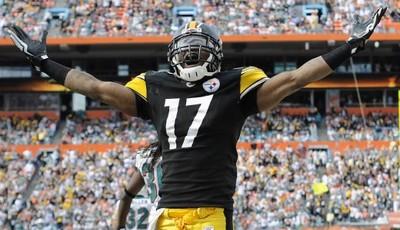 Football Outsiders is out and doing Division by Division looks at the salary cap and how it affects each team around the league.

To see about the entire AFC North – click HERE

Here’s the Steelers breakdown, and some of the background on how they think things will play out for the team.

Estimated Cap Space: Around $12 million over

David Johnson, Ryan Mundy, Ramon Foster, Doug Legursky and Keenan Lewis can expect, at minimum, an original round tender worth $1.26 million in non-guaranteed base salary.

Franchise Tag Candidate: One season after ranking first in receiving DYAR and DVOA, wide receiver Mike Wallace ranked fifth and eighth in those statistics in 2011. With the elimination of the “first- and third-round” tender in the new collective bargaining agreement, a team in need of a wide receiver could target Wallace if the cost is only a 2012 first round pick. It’s worth noting that two teams in need of a deep threat at wide receiver are the Cleveland Browns and New England Patriots, both of whom are armed with cap room and an additional first round pick, so the Steelers may have no choice but to construct a bigger fence around Wallace by placing the projected $9.5 million franchise tender on Wallace.

Potential Cap Casualties/Restructures: The Steelers have already cleared around $18 million from the cap by restructuring the contracts of Ike Taylor, LaMarr Woodley and Lawrence Timmons (Following these links to see the details of the Woodley and Timmons restructures). Ben Roethlisberger and James Harrison both restructured their contracts to free up cap space last August. Doing so again could potentially free up another $8 million of cap space, which helps, but still won’t get the Steelers far enough under the cap to be able to tender offers to their restricted free agents.