Browns Confirms Some Tension Between He And Wallace During Season 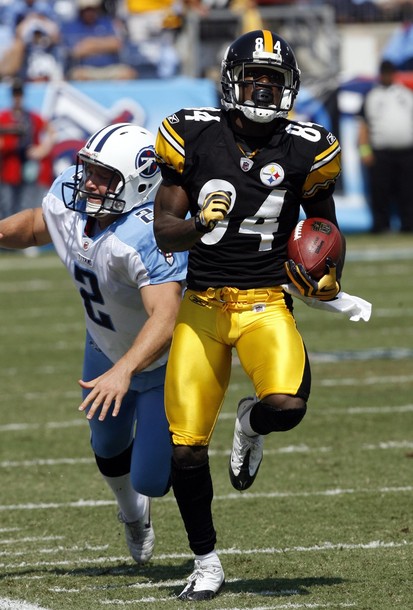 There was no doubt that the rumors of a divided locker room for the Steelers in 2012 has been a big story as of late. Wide out Antonio Brown, who will be looked at as the teams top WR after Mike Wallace bails, basically confirmed as much to ESPN New York.

Brown said that there was some tense moments between he and Wallace once Brown got the money that seemed to be earmarked for Wallace, who didn’t want it and asked for more.

“Some bit of awkwardness. You know, a guy who has been there longer than I and definitely wanting a deal, but you’ve got to not dwell on that and that kind of situation prohibits bad blood to a team where guys are there for themselves, and not buy into the team aspects and could definitely cause a drama within a team,” Brown said.

Antonio got a six-year, $43 million contract while Wallace sat at home last summer, holding out most of training camp for the Black and Gold.

It sounds more than ever that Wallace won’t be missed, not only for his disappearing act he would pull during games, but his act in the locker room as well.

Is WR Steve Breaston An Option For The Steelers This Offseason?
Bouchette: Steelers To Meet With WR Breaston This Week