Is WR Steve Breaston An Option For The Steelers This Offseason? 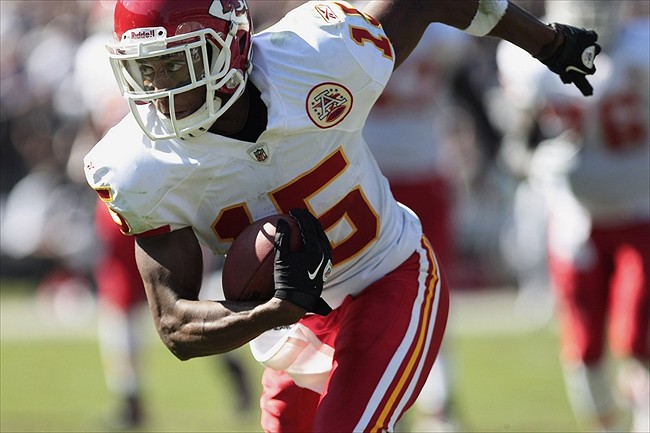 The Steelers could use another wide out, and likely will need to fill the role left once Mike Wallace bails out and takes the highest dollar in free agency.

With that said, there’s a name floating around that could interest the Steelers due to his connections locally to Pittsburgh, and that’s recently released WR Steve Breaston.

Mark Kaboly at the Tribune-Review wrote about Breston being open to coming to the Steelers, but also wrote that Breston wants to play, and wants to go to a team that is going to use him quite a bit.

Breaston is a grad from Woodland Hills, and knows all about Todd Haley’s system after joining the Chiefs from the Cardinals.

The wide out had a 5-year, $22.5 million contract with $9.5 million guaranteed, but was released by the Chiefs last week with new coach Andy Reid coming to KC.

“Sure, signing with the Steelers is something to think about,” Breaston said at the NFL Scouting Combine. “But more important, I just want to have an opportunity to play and get on the field and get back to winning games and help contribute to that.”

According to the article, the agent for Breaston, Eric Metz, is expected to have talks with the Steelers this weekend during the combine.

“I know of the Pittsburgh tradition and the winning ways and it would be a great team to be involved with, but for me, it is all about using this process,” Breaston said. “I have to take everything in and see what would be a good fit for me and where I can come in and play.”

With all the cash the Steelers have to trim off the roster and the moves they will have to make just in order to get under the cap, it’s hard to think about adding players right now.

They have to think ahead though, and while Breaston might be a solid option, it’s not known if the Steelers are even going to be able to afford him.