Tomlin’s Postgame Comments On The Preseason Loss To Giants 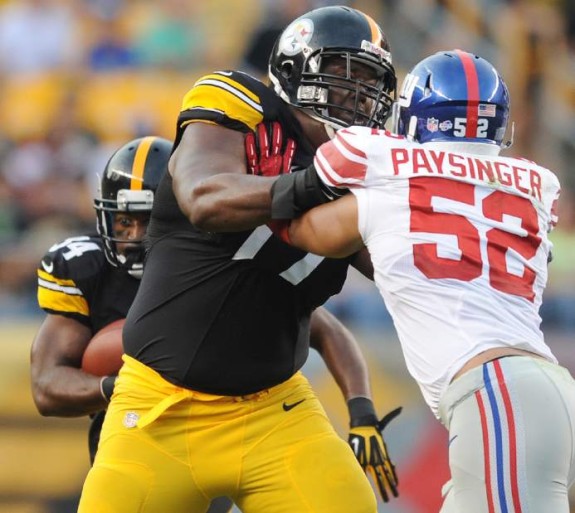 Coach Tomlin: Obviously, it was not an acceptable performance on a lot of levels. There were some really good efforts, some positives, some negatives. Obviously, a lot to look at and learn from.

I do think we did some good things, particularly early on in the run game, winning the line of scrimmage and running the ball consistently and efficiently. But just too many mistakes, penalties getting us behind the chains offensively. We gave them 30 yards in free real estate in the two-minute drive prior to the half. That’s self-inflicted wounds. Then, obviously, we had some poor judgment in the return game. From a kicking standpoint, we had a punt blocked. Can’t be winning football.

We’ll take a look at it. We had some young guys, maybe in some instances, being overly aggressive, trying to impress and, obviously, it working against us. We’ll learn from this and move forward and, obviously, it needs to improve and put together a winning performance next week. That will be our focus as we get back to Latrobe and move forward. On the injury front, it looks like we got through the game relatively clean. [Stevenson Sylvester] had an ankle, don’t know the severity of it.

I did just see him walking in there, so we’ll see where he is. All the others appear to be normal bumps and bruises. Obviously, we’ve got some guys that were out going into the game. It was my decision not to play Le’Veon Bell. He worked in a limited capacity late last week. I watched him in our practice and preparation for this game on Friday morning. I didn’t see enough for me to feel comfortable for him to start his career in less than ideal circumstances from a health standpoint. He’ll be back on the field the next day we practice and hopefully be ready to go next week. I know that he’ll chomping at the bit to participate.

What was the story of the game for you?

Just the errors, the Steelers defeating the Steelers. Don’t get me wrong, sometimes it can be characterized as part of August football but I’m not buying that. I think that we can set the bar higher than that for the first time out, you would like to think. But we didn’t tonight, so we need to make those corrections. We can’t be penalized, we can’t have punts blocked, we can’t make poor decisions from a fielding of the ball standpoint. All of those things happened and we need to fix it.

Is there anything you can do at the tight end position other than get healthy?

Just that and continue to work with the men that we’re working with. I’m not going to discount the guys that are working. We got quality work from guys like David Paulson and others tonight. We’ll continue to work with those guys. Obviously, we’ve got some guys down at the position that we need to get back. We will when they’re healthy and meanwhile, we’re focusing on the on the ones that are working and making sure they have the mentality that’s geared toward improvement on a daily basis. That’s just football in the NFL.

Do you have any update on TE Matt Spaeth?

I do not. I know that he got a surgery performed. We’ve talked about potential timetables of his return but I haven’t been privy to that in the last 24 hours. I’ve been focused solely on the game. I’ll get that updated tomorrow and be able to provide some information for you the next time we sit down.

He didn’t take a delay of game. He used a timeout. I didn’t have any problem with Ben’s performance. He did a nice job communicating and executing the offense. Some things happened from a communication standpoint that kind of happen quite often this time of year. We’ll move past it. No worries there.

It seems like in years past some of your higher draft picks take time to develop before stepping into a more prominent role. Do you think they will be thrust into action a little bit sooner this year?

They won’t be pressed. If they’re ready and capable to help us we’ll utilize them. If they’re not, we won’t. That’s our philosophy this year, last year, nest year, 10 years from now.

Any thoughts of LB Jarvis Jones and WR Markus Wheaton and their contributions tonight?

There were some positive things. Obviously, we’re going to comb through it with great detail and challenge those guys to continue to improve. That’s what you’re talking about when you’re talking about young guys. They need detail to their game because when situations get tight and it’s good-on-good in critical moments, the detail is the difference. Nice start for those guys but they need to continue to grow.

Plenty To Work On; Steelers Sloppy In 18-13 Loss To Giants
Steelers vs Giants Report Card