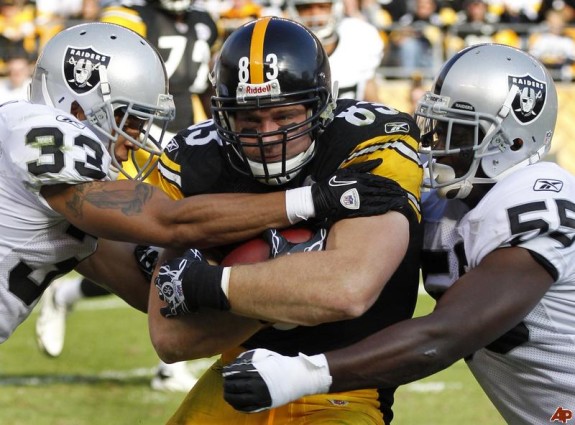 Most of the Steelers stars at one point or another seem to take a pay cut in order to help the team, and today it’s being reported by the National Football Post that Steelers TE Heath Miller did just that for 2013.

Miller had his deal redone, reducing his salary-cap figure from $7.96 million to $6.46 million.

He did that by converting $3 millon of his $5.162 million base salary into a signing bonus. His salary for this season is now worth $1.974 million.