What The Steelers Are Saying About The Bears 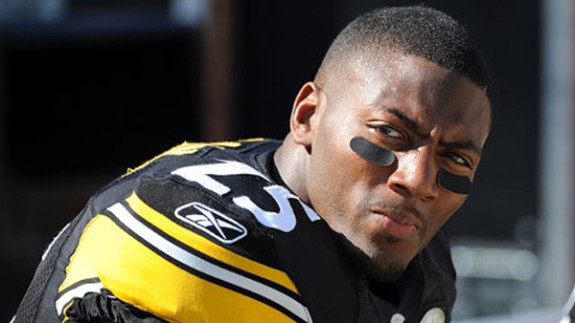 Defensive Coordinator Dick LeBeau on Stopping Matt Forte: “He is an experienced, talented back and he can do everything. He can block, he can run, he can catch passes – they haven’t had him throw one recently but I ex pect that he can do that. He can throw it pretty good. He does everything else well. He’s one of those backs you have to stop. He’s really an excellent player, maybe an underrated player.”

OC Todd Haley on being upset about 0-2 start: “We are frustrated. We are 0-2 in the first quarter of the season. That’s all it is. We have a chance this week to get to 1-2. We’ve had a good couple of days, a good day of preparation on Tuesday.

“That’s the bottom line, figure out how to get to 1-2. From there, you try to move forward. It’s the NFL. It’s hard to win when you have turnovers in plus territory, and run the ball inefficiently for too much of the game. Those kinds of things are going to happen to you. We have to make sure we don’t let it continue to happen, so we have a chance to get to 1-2.”

Safety Ryan Clark on being focused: “We understand that we’re not a good enough football team to focus on those things. We’ve got to focus on beating the Chicago Bears (on Sunday). “I think losing two games has put us in that mode that we need to win one, and that’s been everybody’s mindset. I think that’s good for our team.”

Defensive end Ziggy Hood on Jay Cutler: “He’s making better decisions with the ball. He’s not going to put his team in harm’s way as far as turning the ball over.”

RB Isaac Redman on the Bears going after the Ball: “We’ve got to tuck the ball away to protect it. Those dudes go after the ball. We watched on film how they got the ball of Adrian Peterson’s hands. They feel as if they have mastered stripping the ball.”

TE David Paulson on getting shots vs the Bears D: “In the first week, Ben was looking somewhere else. The Bears are very opportunistic when attacking the ball, but there’ll be chances to exploit their defense.”