Steelers Vs. Bears : Three Players To Watch From Chicago 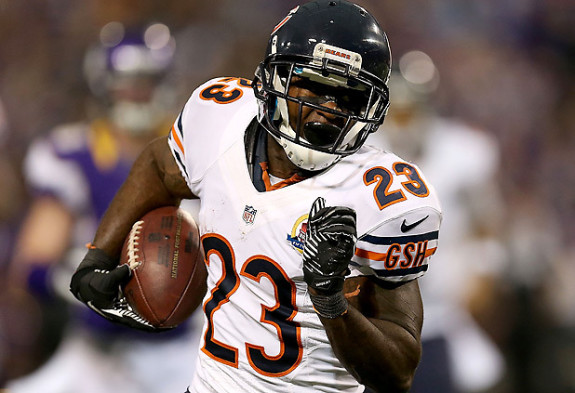 I have to admit it, I like the Bears. They remind me a bit of the Steelers in that they are a blue-collar team with a number of playmakers on both sides of the ball.

Right now they look heads and tails better than the Steelers, coming into Heinz Field at 2-0 tomorrow night to try and send the Steelers to 0-3 for the first time since 2001.

The Steelers have a lot to prepare for, and today we will give you three players from Chicago to watch out for.

1. Devin Hester Kick Returner – The best, yes THE BEST kick returner in the history of the game, you have to be careful every time he touches the ball. He set a franchise record for return yards a week ago, and will try to give the Bears good field position every time he gets a shot. The Steelers return game has to step up and not let him get loose.

2. Martellus Bennett Tight End – He’s already matched the total for all of last season with three TD’s catches for the Bears, two last week vs the Vikings in a win. Bennett will give the Steelers some matchup issues, and they cannot overlook him, more so near the goal-line when Jay Cutler will look around to try and find someone after scrambles.

3. Charles Tillman Cornerback – Tillman isn’t afraid to challenge receivers as well as QB’s, and it’s already paid off with two picks this season, and two passes defensed. With all the issues the WR’s have had for the Steelers with getting on the same page with Big Ben, Tillman is worth keeping an eye on and making sure Ben doesn’t make any mistakes his way Sunday night.

CB Allen To Sit Sunday Night; Status Up In The Air For RB Bell
Former Steelers LB John Reger Passes Away At 82