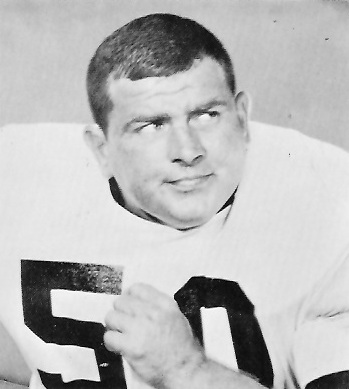 Three-time Pro Bowl linebacker John Reger, who starred for the Steelers and Washington Redskins in the 1950s and 60s, died Thursday in Tampa. He was 82.

Reger’s daughter Kathy confirmed his death Saturday in an email to the Associated Press.

A native of Wheeling, W.Va., Reger played collegiately at Pittsburgh and made the Steelers as an undrafted rookie in 1955. He forged a 12-year career as one of the finer two-way players in the NFL, making the Pro Bowl from 1959-61.

He spent nine seasons with the Steelers from 1955-63 before spending three with the Redskins.

Reger intercepted 15 passes during his career, including three each in 1964 and 1966 while playing for Washington. He retired at the end of the 1966 season with 20 career fumble recoveries and two defensive touchdowns.