Woodley, Bell And DeCastro Set To Go Against Dolphins 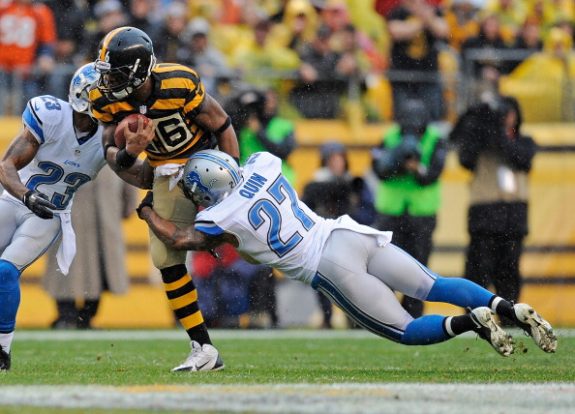 The Steelers look somewhat healthy as the game with the Dolphins nears Sunday, as linebacker LaMarr Woodley (calf) and running back Le’Veon Bell (concussion) along with right guard David DeCastro (foot) all should play.

Woodley provides an interesting return after missing the last three games, as Jason Worilds has been sensational since he’s been the starter for Woodley.

The veteran said that he will start on the left side despite how well Worilds has played.

As for Bell, he seems good to go after suffering a concussion late in the 22-20 loss to the Ravens on Thanksgiving night.

Cody Wallace will start at center for Fernando Velasco, who is done for the season. Mike Adams will start at left tackle with Kelvin Beachum (knee) doubtful.