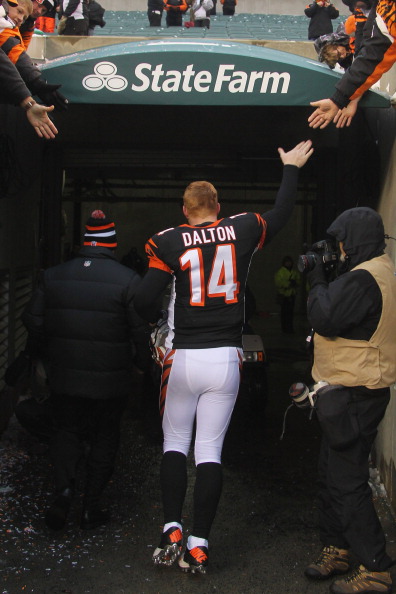 The Steelers and Bengals did battle back in week two of the NFL season on Monday night, with the Bengals winning 20-10 as the Steelers fell to 0-2 and eventually 0-4 before finally getting a win.

The Bengals are on their way to winning the AFC North, as they are 9-4 and have by far been the best team in the division.

It’s all about playing spoiler right now for the Steelers, as sitting at 5-8, they would need a ton of things to even think about the postseason.

Today we take a look at the Bengals, a little scouting report on the team that is going to play football into January with the Steelers watching.

1. Rolling – The Bengals are a confident bunch right now, as they have won three straight, and two of those have come with a lot of points, including last week over the Colts. They beat the Browns and Colts by a combined score of 83-48. The other game was a road win in San Diego, not an easy place to play in 2013, and that was a solid 17-10 win. Both sides of the ball are playing well right now for the cats.

2. Much Improved Run Game – The two main backs for the Bengals are BenJarvus Green-Ellis and Giovani Bernard, and both have shown they can play and give this team the run game they have sorely missed since the days of Corey Dillon. The pair has combined for 1,282 yards on the ground and 10 touchdowns, while Bernard also has three receiving scores. He also scored twice against the Steelers in the week two win. It’s not all about Andy Dalton and the passing game anymore.

3. Solid Pass Rush – The Steelers and more so Big Ben had better be ready for a long night of trying to stay clean, as the Bengals pass rush has become one of the better ones in the NFL. No player has more than seven sacks, but 12 have recorded at least one and three have six or more quarterback sacks. This unit plays well as a team, and the Steelers beat up offensive line is going to have to work hard to keep Ben on his feet.

Who Do You Blame The Most For The Steelers 2013 Season?
Look Back: Polamalu’s TD Flight Helps Steelers To Huge 2010 Win Over Bengals