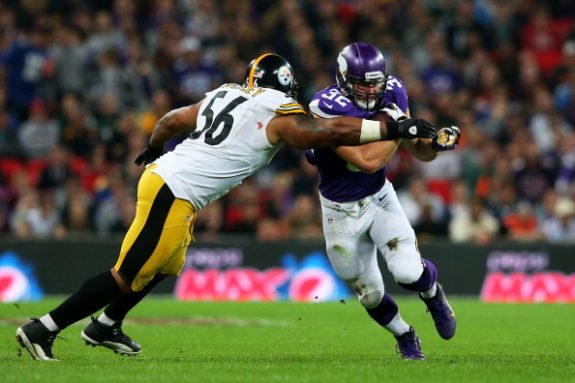 The Steelers career for linebacker Lamarr Woodley could very well be over, as today the team placed him on IR with a calf issue.

Taking his place is linebacker Jamaal Westerman, who has played 57 games during his five-year career. He was cut by Buffalo last week.

Woodley, who is 29, will wrap up his 7th season with the Steelers with five sacks, eight hits and 24 hurries in 11 games.

If he wants to stay with the Steelers, there’s no doubt that he’s going to have to take a pay cut. He’s due $8 million as part of a six-year, $61.5 million contract.

The other key for Woodley is that he’s not been able to stay on the field. For the past two plus seasons he’s been hurt a lot, and that will go a long way in the Steelers making their decision.

With Jason Worilds and Jarvis Jones ready to take over at the OLB spots full-time, it may be time to cut ties with Woodley.