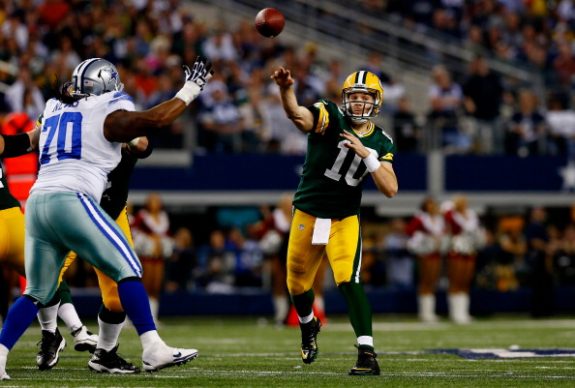 The Steelers are three days away from playing their first game at Lambeau since 2005, and while Aaron Rodgers looked good in practice, it sounds like the Steelers should still get ready to face Matt Flynn at QB.

From all tweets this afternoon, Rodgers did some work and looked good, and coach Mike McCarthy said a decision on him will come Friday.

McCarthy on Aaron Rodgers: "He looks like he's ready to play." #Packers