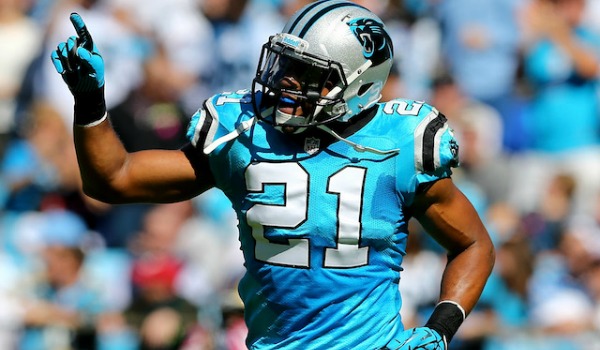 GASP! The Pittsburgh Steelers made a big signing on the first day of free agency. Why is the Steeler Nation shocked? Well if you follow the Steelers and know their order of business, you know the Steelers usually get most of their talent in the draft, however, general manager, Kevin Colbert, thought it was necessary to sign former Panthers’ safety, Mike Mitchell.

Mitchell is entering his sixth season in the league and is just 26-years-old (27 in June). Mitchell was given a five-year, $25 million contract to sign with the Steelers. Mitchell stands at 6’o” and 210 pounds. Mitchell is listed as a free safety and will take over Ryan Clark’s spot on the defense seeing he will not likely be brought back.

Mitchell is coming off his best season as a pro (66 tackles, 4 interceptions and two forced fumbles). Mitchell spent just one season with the Panthers after spending the previous four with the Oakland Raiders. One year was all Mitchell needed to earn his pay day.

Mitchell is capable of covering the pass and playing the run, just like his new teammate, Troy Polamalu. The Mitchell signing should definitely help continue shaping this secondary as they are getting younger one change at a time. The Steelers still face questions in the secondary but will likely do their best to answer them in the NFL Draft.