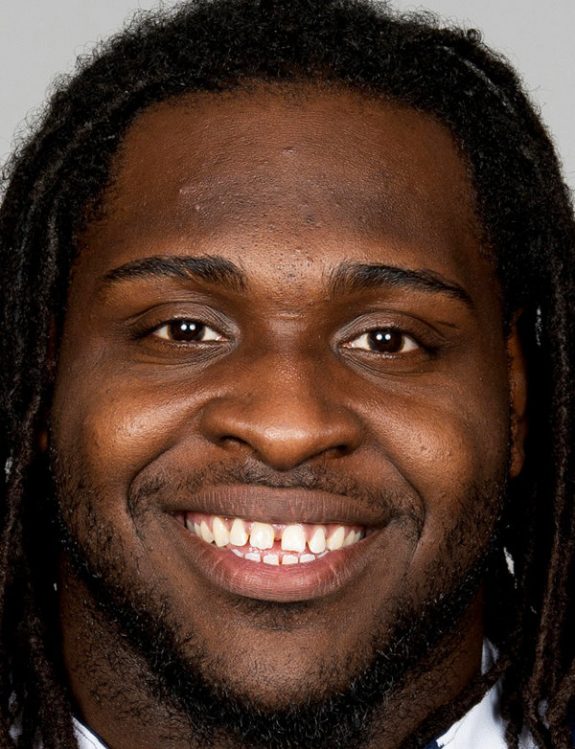 On Friday, the Pittsburgh Steelers announced that they have signed fifth-year defensive tackle Cam Thomas to a two-year contract.  Thomas was originally drafted by the San Diego Chargers in the fifth round (146th overall) of the 2010 NFL Draft out of the University of North Carolina (Tarheels).  Thomas was considered to be one of the top nose tackle prospects for the 2010 NFL Draft.

Thomas is considered a run-stop defenseman.  During the 2013 regular season, Thomas set career highs in tackles for loss (7) and tied his personal career best in tackles at 30.  Thomas played in 54 games total for San Diego, starting 15, and recorded 94 tackles, six sacks, one interception, 17 tackles for a loss and four pass defended during regular season play.

Thomas earned himself the nickname “Baby Zilla” for his size and an infectious personality.

2012: Started Nov. 25 vs. Baltimore and in wins over New York Jets and Oakland Raiders Dec. 23 and 30…matched season high with three stops in both victories. 2010: Season-high three tackles in first-career game Oct. 10 at Oakland…first-career sack on 3rd-and-20 in late 2Q Nov. 22 vs. Denver…helped Bolts hold 21-7 lead at half….added another sack Dec. 16 vs. San Francisco.

Thomas played in all 16 games in 2011 and led the defensive line with four sacks.  Thomas finished second on the Chargers roster with six tackles for a loss, 10 quarterback hits, nine quarterback pressures and tied for fourth on the team with 26 tackles.  Thomas’ first sack of season was on Oct. 31 on Monday Night Football at Kansas City…second MNF sack in Dec. 5 win at Jacksonville.

Thomas finished his college career with 83 tackles, 3.5 sacks and nine tackles for loss…touchdown on 20-yard fumble return at Boston College in ’09…two-year starter at defensive tackle…red-shirted in 2005…played at North Carolina from 2006-09…degree in African-American studies. 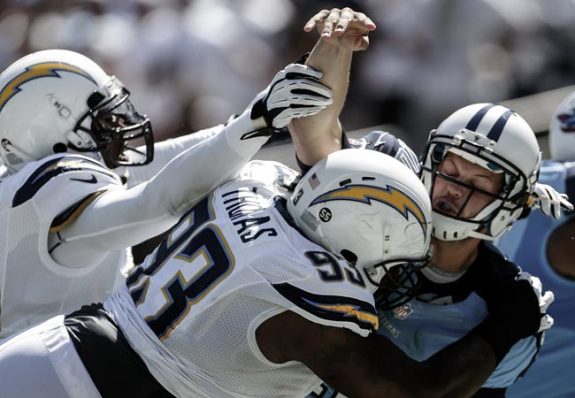