Maurice Jones-Drew Leaves The Pittsburgh Steelers Without A Deal 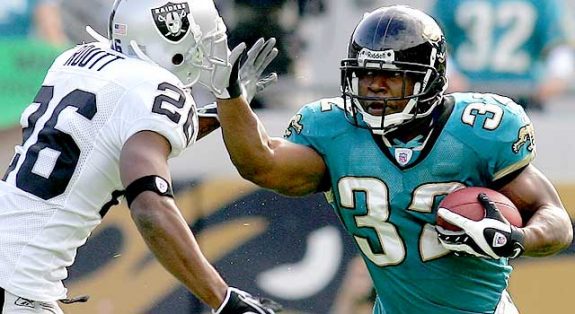 The Steelers visit with Jaguars free agent running back Maurice Jones-Drew has ended, as reports say he’s left Pittsburgh with a contract or any type of deal.

Last season was a tough one for Jones-Drew, as he ran for just 3.4 yards per carry, the worst in his career.

The problem is the Steelers don’t have much in the way of cap space unless they come up with money by dumping a veteran player like Ike Taylor, which isn’t likely to happen at this point.

Right now the team has just over $2.1 million left to spend.

The Steelers did chat with Packers RB James Starks, but he went back with a two-year to Green Bay.