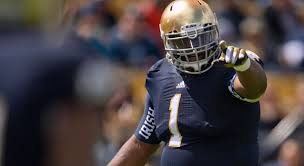 There are plenty of opinions about just which direction the Steelers will go with their 1st pick in the upcoming 2014 NFL Draft.

Here’s a sampling of what other sites are saying about what the team will do and what player they will choose.

They have a number of guys picking, and overall it appears they have the Steelers picking Oklahoma State CB Justin Gilbert.

The once-proud Pittsburgh defense has fallen off in recent years and reinforcements are needed at all three levels. Gilbert plays with a gambler’s mentality that may scare some teams off but his athleticism and ball skills could make him a star if operating behind a productive pass rush.

Walter Football has the Steelers taking:

Eric Ebron, TE, North Carolina – The Steelers will never pass up the opportunity to grab a great offensive play-maker if one is available to them. I mocked a receiver to them for quite some time – and they will take Mike Evans if he somehow fell to No. 15 – but they’re likely to go with another position now unless they move up.

The Pittsburgh Steelers don’t have a proven playmaker at nose tackle. Louis Nix may be just a bit of a reach with the 15th pick, but you can’t run a 3-4 defense without a powerful presence in the middle of the defensive line.