Seventh round in NFL Draft of value to NFL teams, including Steelers 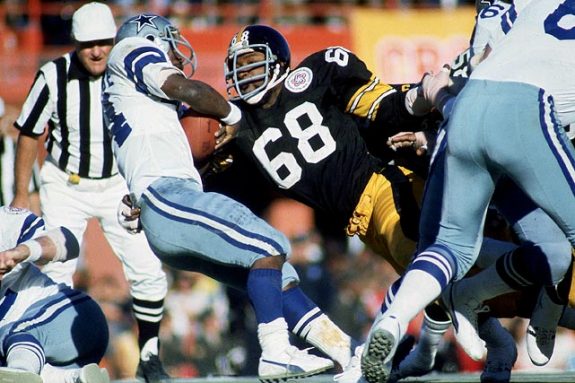 With the 2014 NFL Draft just days away, most fans are focusing the most on the top picks for their teams, including Pittsburgh Steelers fans.  Typically, little favor is given to the last round – the seventh – as the draft wears down.  Interestingly, the seventh round has produced players that have often raised to the ranks of stardom, which makes it as valuable to NFL teams as any other despite not garnering the most accolades.

Defensive end Brett Keisel was selected by the Steelers in the seventh round of the 2002 NFL Draft. While Keisel has not been re- signed by the Steelers, he may yet return to the team despite general manager Kevin Colbert’s goal to put Cam Thomas in that spot on the starting roster in 2014.  Of note is that despite being selected in the seventh round, Keisel started 110 games for the Steelers and became a vocal veteran leader on the roster.  By re-signing Keisel before training camp, the vet could mentor Thomas to a new level at defensive end.

Other teams in the NFL have often found draft steals in the seventh round. Many of them have been from smaller schools in conferences outside of the Big Ten, Big 12 and SEC.  Some have been underestimated or undervalued high producers from major colleges where another prospect was looked at more closely from amongst their college teammates.

Stevie Johnson emerged as a small school junior college transfer with one year at Kentucky before being taken by the Buffalo Bills in 2008.  Johnson was atypical for being a standout receiver in the NFL and didn’t post the highest speed at the combine (4.6 seconds in the 40-yard dash).  Johnson offered up three 1,000 plus yards seasons for the Bills.

The Dallas Cowboys waited until the seventh round to find Jay Ratliff in 2005.  Ratliff, out of Auburn, didn’t even attend the NFL Scouting Combine, yet became a Pro Bowler at defensive tackle. The Cowboys, with a ton of picks this year in the seventh, will try to use the opportunity to cull players from productive programs to fill out their roster.

Linebacker Malcolm Smith may have gone undrafted in the 2011 draft if the Seattle Seahawks hadn’t selected him as time nearly ran out.  Smith became Super Bowl MVP for the Seahawks in their stunning win over the Denver Broncos in 2013.

The Steelers have just one pick in the seventh round in this year at 230th overall.  Some of the players who are expected to be late draft selections at positions Pittsburgh could bolster for depth include:

Note: Some Steelers selected in the 7th Round of previous NFL Drafts:

Prior to 1993, the NFL Draft included more rounds.  Here are some noteable Steelers players selected in later rounds between 1969 and 1992: