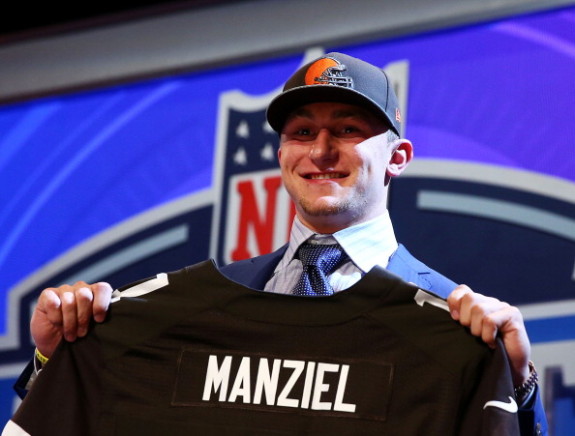 If you have tickets to opening day at Heinz Field between the Steelers and Browns, you may be seeing the most talked about player in the NFL draft on the field.

That’s because the Browns, who are making more moves than they did in that awful movie “Draft Day,” moved into the 22nd spot from the Eagles to take the one and only QB Johnny Manziel.

Manziel pulled an Arron Rodgers, sitting in that green room longer than anyone expected, sitting there for close to three hours.

The Browns likely will have Brian Hoyer as their QB come opening day, but it’s nice to think about Manziel running around trying to escape the likes of new Steeler Ryan Shazier and last seasons first round pick Jarvis Jones.

Bring it on Johnny Football.