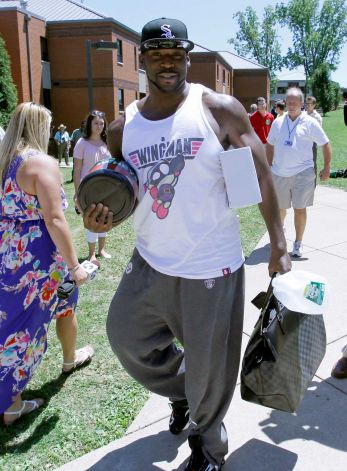 Broncos wide receiver Emanuel Sanders made some interesting comments recently. It has caused many Pittsburgh Steelers fans,to loom at him in a different but not better way.

When Sanders emphasized that Peyton Manning was a better leader,and,worker than Ben Roethlisberger it fair to say that it’s a two way street to his comments. There is a well known understanding that very few if any prepare as hard as Manning does. It is what makes him great. However Roethlisberger is a quarterback with two superbowl rings which is one more than Manning. Roethlisberger has Benny voted one of the captains of the team before so it’s safe to say teammates look up to Roethlisberger as a leader on the field and locker room. It always looks negative when a player signs with another team and then bashes his former team and/or teammates.

If it had not been for Roethlisberger throwing all of those passes to Sanders in games and ,Sanders would not be a 18 million dollar man in Denver right now. With Roethlisberger admitting he was hurt by Sanders comments it is very understandable why he feels that way. Some things should not be said out loud only in private. Clearly this was of those things that should be kept private. Hopefully this can be squashed between Sanders and Roethlisberger,but a apology from Sanders will be well in order. Sometimes that is all it takes.

Gilbert: The Big Man And The Steelers Closing In On A Bigger Deal
Steelers faster in second preseason game; beat Bills, 19-16