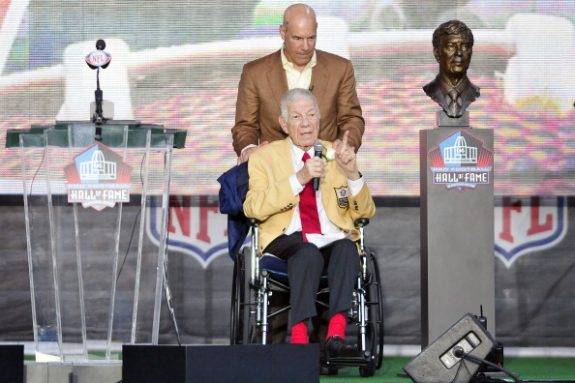 Ed Sabol, founder of NFL Films, died Monday in his home in Scottsdale, Arizona, at the age of 98, NFL.com reports.

A member of the Pro Football Hall of Fame’s Class of 2011, his vision led NFL Films in revolutionizing the way sports are presented. During his tenure (1964-1995), NFL Films won 52 Emmy Awards.

Many innovations were introduced under Sabol: the first use of a microphone on coaches, referees and players, adding popular music to footage, and of course, bloopers videos.