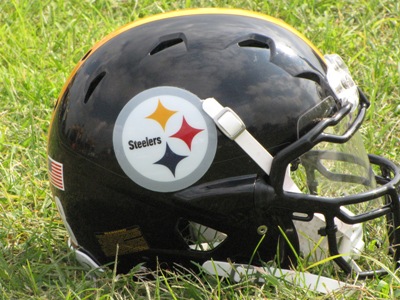 March 10th is the first official day of free agency. The Steelers are in the process of restructuring contracts and making tough decisions on who to keep and who to let go. After the recent restructuring of Marcus Gilbert and Mike Mitchell, and a report by Jason LaCanfora that Maurkice Pouncey will join the duo, the Steelers are estimated to be around $8 – $10 million under the cap. More should be sliced with Ben Roethlisberger‘s contract and a few more moves. It is important to keep in mind that some of the money will be used for the rookie class and the restricted tenders that have to be applied. The Steelers are never major players in free agency but here are 5 free agent targets that the Pittsburgh should target. Pernell McPhee – McPhee is 26 years old, in his prime and fits the new theme of getting younger on defense. He is experienced in the 3-4 schemes and at 280 can set the edge very well. Baltimore runs a similar defense and McPhee could start right away. I would let Jason Worilds walk and consider McPhee as his replacement. As a part-time player, he had 7.5 sacks, the same as Worilds, in far less snaps. His asking price might be 5 years, $40 million, which still might be too rich for the Steelers’ blood but McPhee is an impact player.  Position: OLB Kareem Jackson – the Former number one pick from Alabama could be a great cost-effective option for the Steelers. He was plagued by inconsistency early on in his career but had a very solid season last year. The quarterback rating against the young cornerback in 2014  was 74.1, which are great numbers. Jackson could be just as good as Bryon Maxwell for less money and both guys are the same age.  Position: CB

Jacoby Jones – If I was the Pittsburgh Steelers, I would sign Jones on the first day of free agency. He has been a thorn in the Steelers’ sides for years and will immediately provide a marked improvement in the return game. He is one of the game’s best and could be excellent as the 4th receiver in some sets. Jones is 6’2″, and would be a better fit than Lance Moore because he can do much more.  His arrival will take some wear and tear off of Antonio Brown’s body from the return game. Position: WR

Roy Helu – Pittsburgh desperately needs a legitimate number two back. The LeGarrette Blount signing was a nightmare and Helu can provide a steadier presence with fewer headaches. He’s an excellent receiver and would be a perfect marriage for the Steelers. Le’Veon Bell needs to have a good compliment so he can be fresh near the end of the season. Helu at 26 can provide and won’t cost a ton of money. Position: RB

Jordan Cameron – This option would only be possible if Cameron can get medical clearance. At 26 years old Cameron can become the heir apparent to Heath Miller, especially with a weak rookie class at tight end in this year’s draft. As good as the Steelers’ offense was last year, it was plagued by inconsistency in the red zone. Cameron could change all of that.  In 2013 he had 80 catches for 917 yards and seven touchdowns with Jason Campbell as the quarterback. I would take a look into this option, but Cameron has had concussion issues in the past. This could be a boom or bust signing.

A lot of what Pittsburgh will do will depend on the cap situation. Troy Polamalu, Cam Thomas and Lance Moore are potential cut casualties. I don’t expect any big signings by the Steelers, but with the exception of McPhee, any of the above mentioned players can be signed for the right price. Expect the Steelers to make mid-level or lower end signings as usual. These are the targets the Steelers should keep an eye on.