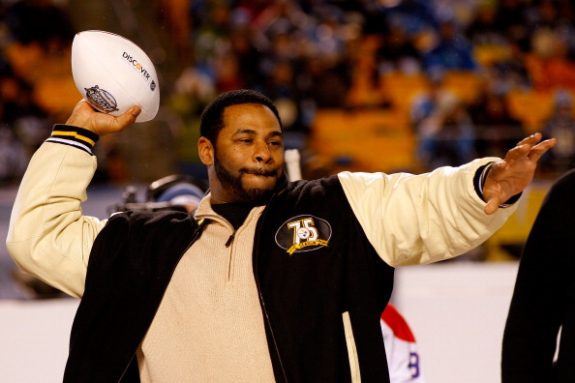 A day after we threw out the idea that the eventual release of safety Troy Polamalu will be just like that of Hines Ward three years ago, a Steeler (soon to be) Hall of Fame running back is saying the exact same thing.

Today on ESPN, Jerome Bettis talked about the situation with the Steelers and Polamalu, stating that it’s similar to when the team had to part ways with Ward after 2011.

“This is nothing new, the Steelers asked Hines Ward the same thing,” Bettis said. “They asked (Ward) to retire. He wanted to play. He looked out and didn’t see many teams really looking at him. He decided to retire. I think this is a similar situation where they want him to retire because they don’t want to cut him. They want him to go out with the grace that he deserves as a football player.

“The bottom line comes down to whether Troy wants to continue to play. That’s when this becomes a really difficult situation. We haven’t heard from Troy yet, but I would assume that Troy still wants to give it a go.”

Polamalu’s agent said that the safety isn’t sure what direction he will go, but that a decision will have to come sooner rather than later.

Here’s the video of Bettis talking about the future of Troy Polamalu on ESPN: