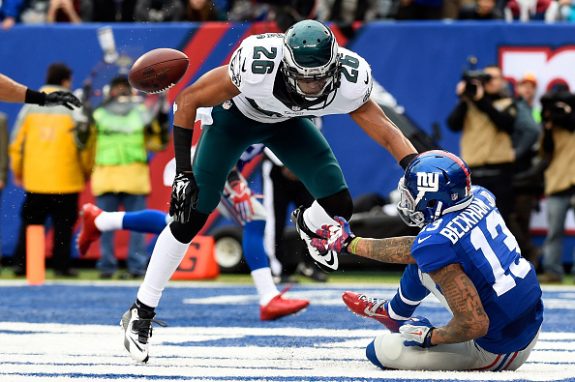 With the Steelers likely parting ways with longtime CB Ike Taylor, the team needs help at that position, and reportedly have an interest in former Philadelphia Eagles CB Cary Williams.

Williams had 59 tackles and two picks a season ago with the Eagles, and while he’s 30 years old, he’s got gas in the tank and could fill a role for the black and gold, who could use a boost at the position.

The free agent started all 33 games and playoff games the two seasons he spent in Philly with Chip Kelly and the Eagles.

The Steelers will have competition for his services, as the Titans, the team that drafted Williams in 2008 in the seventh-round, will talk to him.

He’s also got a meeting set with the NFC Champion Seahawks and the report from Jim Wyatt at The Tennessean says the Jets have interest as well, and even the Ravens have inquired about him.

Williams is 6-1, 190 pounds, and have nine picks over the last three seasons in the NFL. He played two years with the Titans, four in Baltimore, and two with the Eagles.

His best season was with the Ravens in 2012 when he had four picks, one of which went for a 63-yard score.