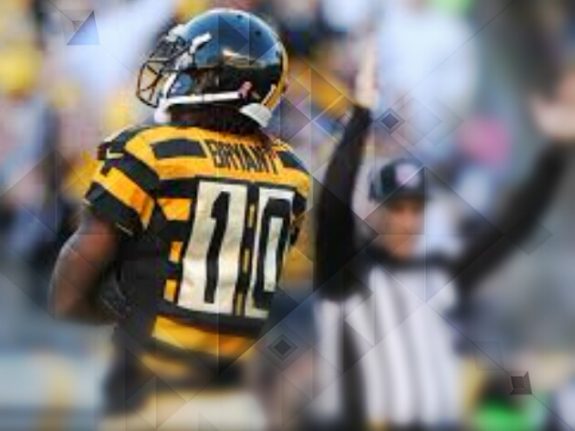 One of the signs of an elite team is trying to figure out what receiver will play the most amount of snaps based off of efficient production from several different players. This year, the wide receiver position is at that place for the Pittsburgh Steelers when it comes to the number 2-5 reciever position.

Ahead of training camp, there is a clear understanding that Antonio Brown is the number one guy. Fans are hoping that Martavis Bryant will be the number two reciever.  But it is expected that Sammie Coates, Markus Wheaton, Darrius Heyward Bey, and possibly Devin Gardner and other undrafted players will make it a hard decision for the coaching staff to decide playing time for the upcoming season.

When you break it down, Bryant is the potential all-around reciever; Wheaton is the mid-range possession reciever and Coates is the instant deep threat with the potential to be a solid starter in the future.  Bey is the speedy, savvy veteran. Gardner (who is also being tried at quarterback) is the raw talent who may need a year or two to be a steady contributer.

Many see star power in Bryant because of his ability to outleap, outrun, and his abilty to score off any catch. Coates has the potential to be another Mike Wallace if he can show ability to read blocks on screens and not be afraid to catch passes over the middle, plus correct his concentration lapses. Wheaton has the ability to function well in the “Wes Welker”-type role – no 50-yard catches, but the go to guy on third and medium, and third and long. Gardner can be an instant red zone threat because of size much as Derrick Moye was a few seasons ago as ‘undeveloped’.

If things go as fans, scouts, and experts believe it will, the depth chart will read that the starting wide receivers are: Brown, Bryant, with Wheaton as the inside receiver. Coates will be the number four reciever but mostly used for deep passes and as a decoy.

But, when injuries, dropped passes, audibles and changed game plans kick in, the depth chart could very easily change. It’s possible that Wheaton expands his game and holds on to his starting receiver position. Coates could show the necessary toughness to play the inside reciever position and with the expected development of Bryant it could make Wheaton expendable.

Either way it will be fun to watch the receivers at training camp as it is a clear sign that the Steelers’ passing/receiving game has the potential to be the best in the NFL this season.

The “Biggest Gut-Punch Loss” in Steelers History? More Than a Few to Choose From
2015 Steelers Training Camp Preview: Safeties