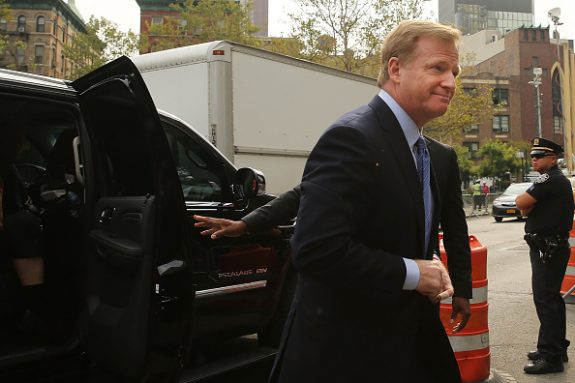 According to a lengthy report in ESPN the Magazine, the NFL deliberately downplayed and failed to investigate key components of the 2007 Spygate scandal, breeding a distrust of the league and the Patriots that ultimately led to commissioner Roger Goodell throwing the book at the team and quarterback Tom Brady in the recent Deflategate affair, the Providence Journal reports.

The report, written by Don Van Natta Jr. and Seth Wickersham of “Outside the Lines,” cites interviews with more than 90 sources around the league. It states that the Patriots improperly videotaped the signals of opposing teams in more than 40 games between 2000 and 2007.

The videotapes were stored in a library accessible to Patriots coach Bill Belichick and a handful of others, with detailed notes matching teams’ signals to plays. The materials included handwritten diagrams of defensive signals for the Pittsburgh Steelers, including notes used in the AFC Championship Game in January 2002, which the Patriots won in an upset.

The recordings were ordered destroyed by Goodell, with league employees reportedly stomping the tapes into pieces, ostensibly so that they could not be used again.

Mike Martz, the head coach of the St. Louis Rams during Super Bowl XXXVI, told the ESPN reporters that he was later pressured by the league to issue a statement that he was satisfied by the league’s investigation of Spygate, so that the league could avoid a prolonged scandal that would cause lasting damage.