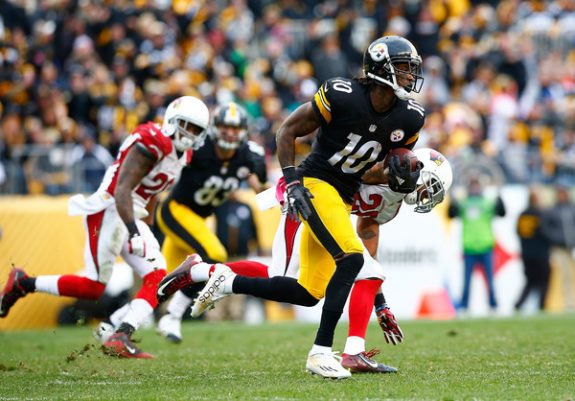 In his first game in a Steelers uniform since his four-game suspension, subsequent wait to be reinstated and activation by the team, Martavis Bryant made a statement on Sunday against the Arizona Cardinals.  Bryant hadn’t spent time with the team since the preseason.  On the day, Bryant had six receptions for 137 yards and two touchdowns.  Both touchdown tosses came from backup quarterback Landry Jones.  Bryant had a 22.8 yard-per-catch average against Arizona.  His second touchdown was an 88-yard catch and carry on a slant, with a little extra jump at the end.