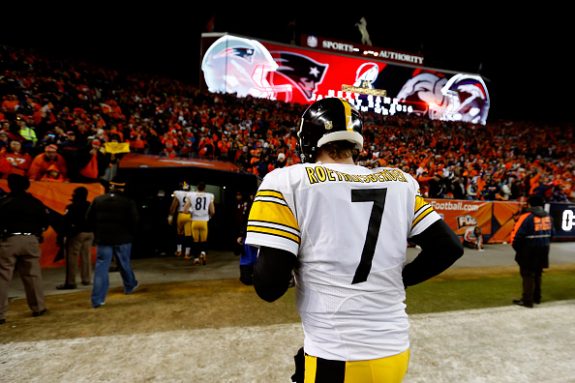 It was a gutsy effort by number seven on Sunday, and with a sore shoulder and a lack of his favorite wide out, Ben Roethlisberger did all he could to lead the Steelers to a win, but it was just short.

The QB threw 37 times, completing 24 passes for 339 yards against the Broncos number one ranked defense, but the Steelers fell short 23-16 in the AFC Divisional Playoff Game.

With an offseason of rest and playmakers back on the roster in 2016, there’s no doubt the quarterback will be back with a chip on his shoulder to finish the job and get the Steelers back to the Super Bowl.