Hard Count: What is Byron Stingily Ready To Do For Steelers? 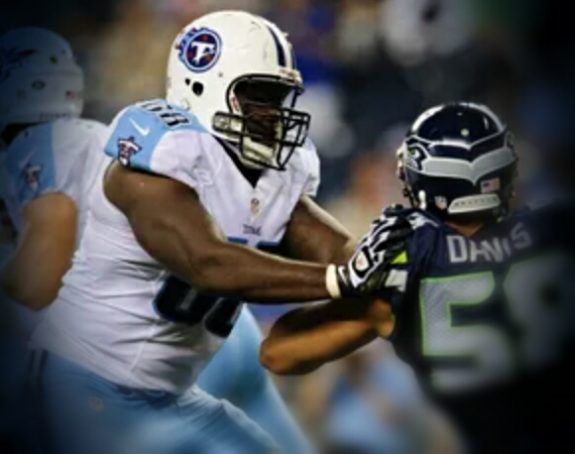 The Pittsburgh Steelers lost Kelvin Beachum from their offensive line – a torn ACL suffered in last Sunday’s game against the Arizona Cardinals.  The loss may have been devastating if not for the fact that Pittsburgh already had Alejandro Villanueva in the wings.

What is interesting is how little is being said about the guy they brought in to take Beachum’s spot on the roster: Byron Stingily.

Stingily was drafted by the Tennessee Titans in the sixth round of the 2011 NFL Draft (175th overall).  He was primarily a backup player, and saw little action when the Titans had Michael Oher at right tackle.  After becoming an unrestricted free agent in March, the Titans re-signed him just nine days later and Oher was released.  Stingily reportedly received a two-year, $2.25 million dollar contract, with a signing bonus of $250,000, but on September 5, 2015, he had reportedly been released by the Titans before final roster cuts. He played in 20 games with 9 starts throught his 4-year career with Tennessee.

Despite being familiar with the Titans, Steelers head coach Mike Tomlin indicated on Tuesday that offensive line coach Mike Munchak knows very little about Stingily.  “We’re just getting ready to see what he’s capable of,” Tomlin said.  “Don’t know much yet.  The fact that he has past experience with (coach) Munchak was really irrelevant…we’ll just put him in the mix with the other guys and see what he’s capable of executing…” In other words, it doesn’t sound like the coaching staff really expects much.

Munchak was at Tennessee when Stingily was drafted and may be holding back comment until he sees how well Stingily does in practice this week.  He played in 10 games in 2014, a career high (five starts).  He has yet to allow a sack, but is otherwise an enigma.

Truth be told, he may be simply an addition to push Mike Adams to get himself ready to come off the PUP list after back surgery.  Adams is faced with getting back to practice within the next three weeks or losing a chance at the 53-man roster this season.

Stingily is a big guy at six feet, five inches and 318 pounds, if those are his true measurables.  He made no big splashes at Louisville (college career) and has yet to make much noise in the NFL.  Coach Tomlin called him the team’s most “viable option” of the players available at the position.  Time will tell Stingily is ready to give the Steelers something that resembles a player they’d like to see add depth to their O-line or if he’s a warm body should Villanueva or another lineman falter.

Cover One: Tomlin Doing What Most Can’t Do
Blast Furnace: Avoiding letdown paramount for Steelers