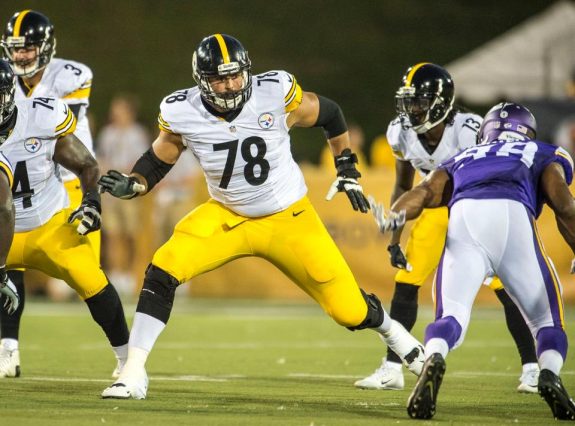 The Pittsburgh Steelers have the longest injury report in week seven than they’ve had all season, but the team is not in a panic.  In part, the Steelers are ready because of the constant reiteration of ‘next man up’ and ‘the standard is the standard’.  We’ve heard them say it over and over, but with several starting players missing from the roster, it may be time to buy into it – at least a little bit.

Landry Jones will get the start on Sunday.  Although Ben Roethlisberger was able to practice, he was nowhere near 100 percent.  Tyler Murphy, a scout-team wide receiver, got snaps in practice this week as a backup option due to Mike Vick being a no-go this week after a minor hamstring tear.

Alejandro Villanueva will start in the place of injured offensive lineman Kelvin Beachum who was placed on the injured-reserved and will miss the remainder of the season.

Overall, the team is prepared to contain whatever offense the Chiefs throw at them with the best personnel available.  Defensive coordinator Keith Butler said the team would continue to rotate the best players into the game based on the flow.  Although Ryan Shazier is listed as ‘probable’, he’ll have a few weeks of rust and even Butler indicated that there is no reason that Sean Spence and Vince Williams won’t play.

Antwon Blake injured a thumb and should he play any significant snaps, it will be while wearing a cast.  With Will Allen out, Robert Golden will get the nod opposite Will Gay.