Steelers host Bengals with four out; Roethlisberger on track to start 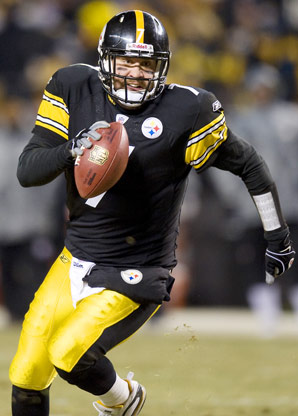 The Pittsburgh Steelers will host the Cincinnati Bengals on Sunday at Heinz Field with Ben Roethlisberger on track for his first start at quarterback in four games, but will be without four other players: Safety Will Allen (ankle), linebacker Terence Garvin (knee), defensive end Stephon Tuitt (knee) and Mike Vick (hamstring).  Landry Jones and Tyler Murphy will back up Roethlisberger at quarterback.

Listed as probable for the game were the following players: Cornerback William Gay (shoulder) and (for non-injury related issues) linebacker James Harrison and tight ends Heath Miller and Matt Spaeth. Roethlisberger was also listed as probable.