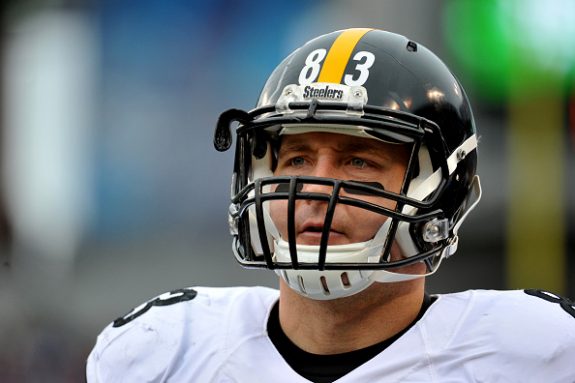 In a move that sent shock waves through the Steelers on Friday, tight end Heath Miller today announced his retirement after playing 11 seasons with the team.

Miller, the firs-round pick of the black and gold during their Super Bowl season in 2005, leaves the team as the best tight end in Steelers history.

He played in 168 regular-season games, the most by a tight end in team history, and ends as the Steelers’ all-time leader in receptions (592), receiving yards (6,569) and touchdowns (45) by a tight end.

Overall, Miller ranks second in career receptions, fourth in receiving yards and receiving touchdowns, and sixth in scrimmage yards (6,577) and is one of four players to record 500 receptions.

With Miller gone, the tight end position quickly becomes one the team will look at in free agency. He leves with one year left on his deal at $4 million, and was set to count $7.2 million against the teams’ salary cap in 2016.a