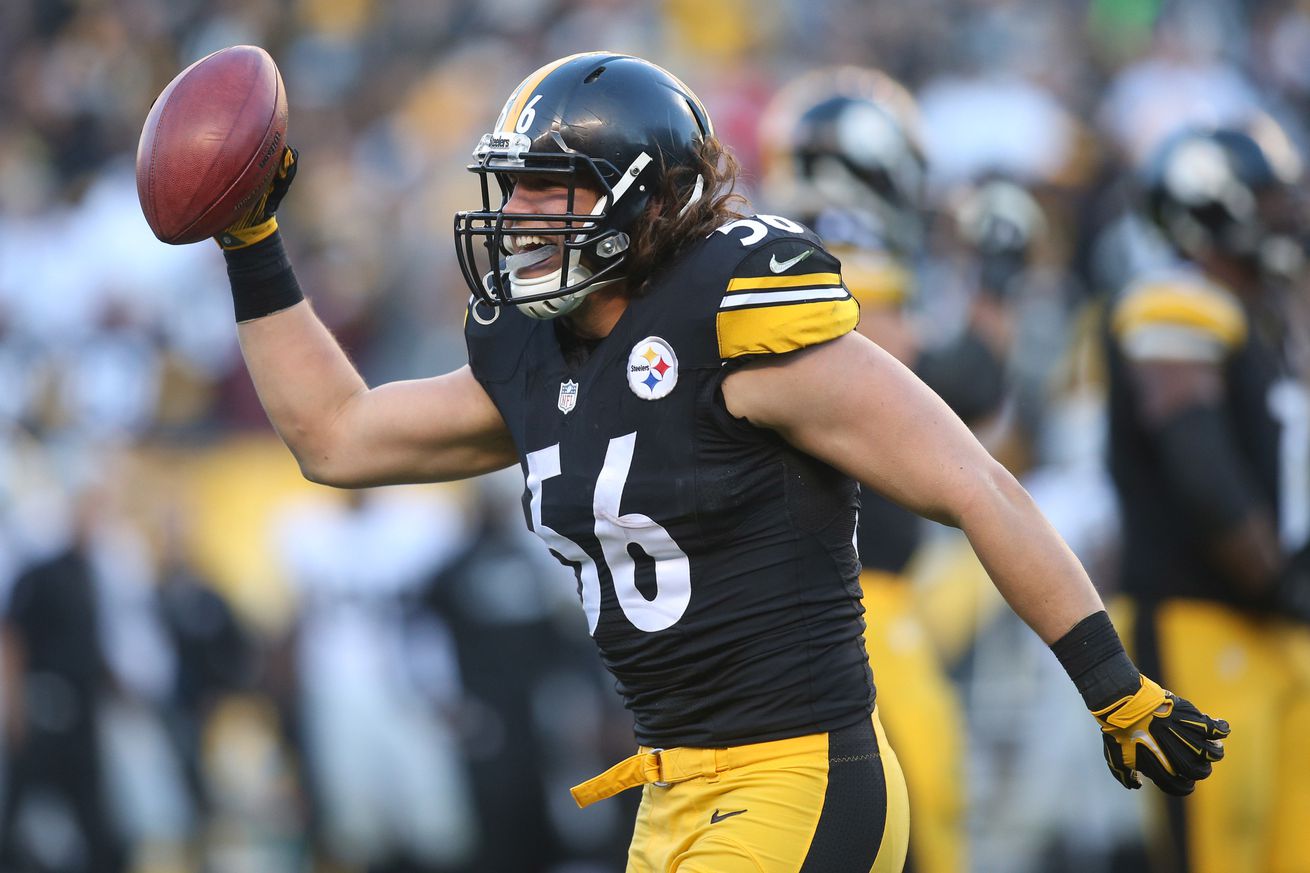 The Pittsburgh Steelers drafted outside linebacker Anthony Chickillo in the sixth-round of the 2015 NFL Draft. Some Steeler players have a history of being outstanding after getting drafted late. Chickillo hopes to improve his game well enough so history can repeat itself.

Former Steelers linebacker Kevin Greene, who was drafted in the fifth-round of the 1985 NFL draft by the Los Angeles Rams, spent three seasons with Pittsburgh. In those three seasons he earned himself 35 1/2 sacks while on being with the team; an incredible stat.

Anthony Chickillo has earned himself some playing time this year and has been a dominant force on special teams. He wants to improve and Kevin Greene gave him some advice to do so.

Chickillo was working out at the UPMC Rooney Sports Complex when former Hall of Fame linebacker Kevin Greene stopped by and gave him some advice.

“It was awesome to hear what he said,” said Chickillo. “He was such an approachable guy. Sometimes guys like him, who have had that success, won’t spend the time to talk to you. As soon as I talked to him he was asking me questions and started telling me things he used to do. I am a football historian so it was really cool to meet him too.”

Chickillo made the transition from a pass rushing defensive lineman to an outside linebacker. Greene did the same thing, making the advice even more valuable.

“He has had a lot of success at it,” said Chickillo. “Any time someone who has done what he has done tells you things, gives you advice, you are going to take it in and remember what he says. I definitely enjoyed it. I like learning different ways to do things. I know there is only one way to do it and that is by working hard and studying.”

If you are curious about the best advice Chickillo received, then you will be waiting a very long time since he is smart enough not to disclose this top secret information.

“He told me about 120 of his 160 sacks, it was a technique he used,” said Chickillo. “He gave me tips on that and told me to start developing that kind of rush and I will see success immediately if I do that.”

I am a big fan of Chickillo and wish him the best luck earning snaps in 2016. Hopefully the secret advice that Greene gave him will at least provide some sacks to better contribute to Pittsburgh’s improving defense.