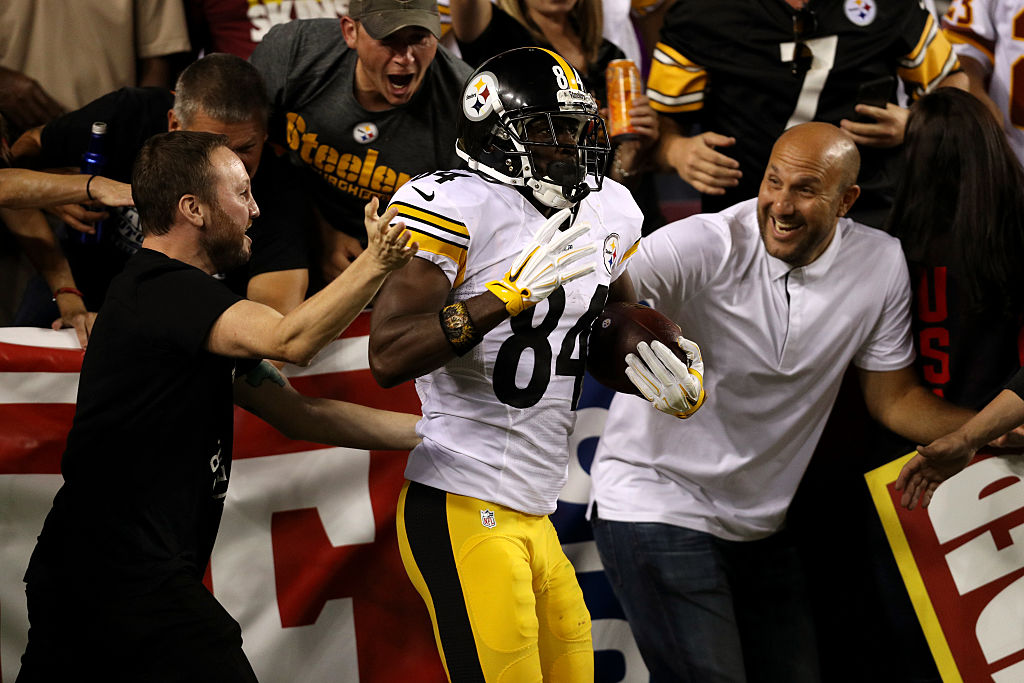 An early start for the Steelers are more than easily overcome on Monday night, as the black and gold laid a good old fashioned prime time beating on the defending NFC East Champion Redskins 31-16 to kickoff the 2016 campaign.

The usual suspects all had big nights for the Steelers, with quarterback Ben Roethlisberger going 27-for-37 for 300 yards with three touchdowns.

Two of those TD’s went to Antonio Brown, who caught a 29-yard touchdown to put the Steelers up for good 7-6 in the second quarter. The play came on a 4th-and-1 in which Ben went up top in double to coverage to hit the best wide out in the league.

The second score to Brown came on the second drive of the second quarter, as leading 17-6 Brown ran under a Ben pass for a 26-yard score to make it 21-6.

The other Ben score was more lucky than good, as up 7-6 in the final seconds of the first half, Roethlisberger was looking for Sammie Coates in the end zone, but the ball bounced off Coates into the hands of Eli Rogers, who grabbed it for his first NFL touchdown.

Ben and Brown were not the only two with a big night, as running back DeAngelo Williams grinded out yards all night long, going for 143 yards on 26 carries, a 5.5 per carry average with two TD’s, with 73 yards in the fourth quarter. 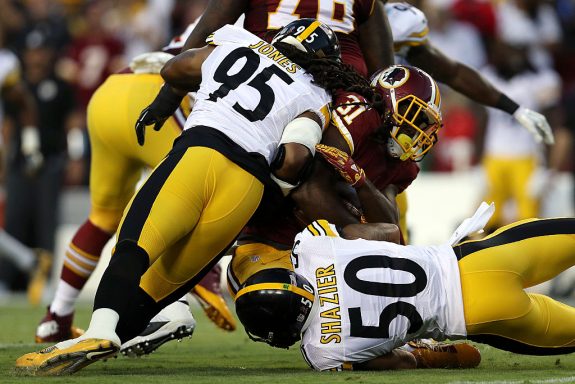 He put the game away on a 15-yard TD run with 5:48 left after a long drive that killed the will of the Redskins.

He split between two defenders on the run and galloped into the end zone for the score that made it 31-16 after the Skins scored their only TD of the game.

The Steelers D lowered the boom on the Redskins offense, holding them to six points in the first half, and not allowing quarterback Kirk Cousins to get comfortable all night.

Cousins was 30-for-43 for 309 yards and two picks, and the Redskins offense just never got going due to a great scheme by Keith Butler and the Steelers defense.

The Redskins ran for just 55 yards on the night, with Matt Jones rushing for 24 yards on seven carries to lead the Skins in rushing.

Next week the black and gold will be at home for their opener at Heinz Field as they play the rival Bengals at 1pm.