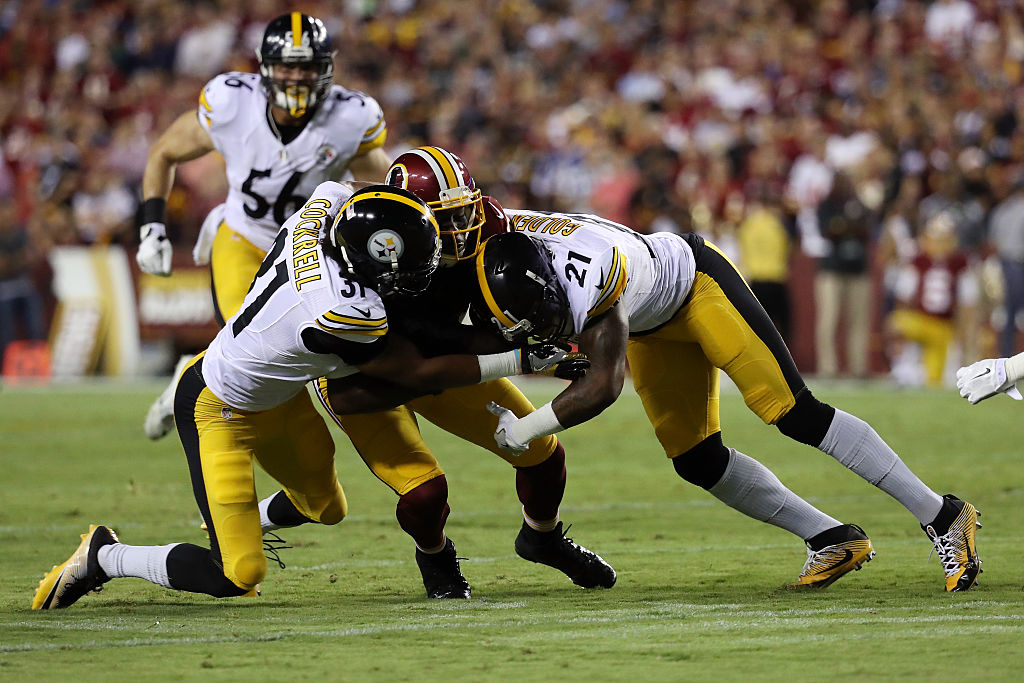 The Steelers are off to a good start in their first 30 minutes of action of the 2016 season, leading the Washington Redskins 14-6 after two TD passes from Ben Roethlisberger. Here’s some first half tidbits from the 8-point lead for the black and gold.

* The defense got off to a shaky start, missing some tackles and allowing Redskins TE Jordan Reed to catch a number of passes early in the game. The good thing, the defense was bent but never broke, holding Washington to a pair of field goals.

* The offensive first half star probably not many people know is Eli Rogers, who had a crazy touchdown catch to make it 14-6 on a bouncing ball that ended up in his hands. Rogers though was on the short end of the Big Ben pick, a play in which he looked to stop his route. On the night he’s already got 6 catches for 59 yards, and is doing a great job helping out AB.

* Love the two fourth down pass calls, if the Steelers need that play later on, they should be able to use DeAngelo Williams to pound out a yard. It looks like Todd Haley and Ben Roethlisberger are on the same page, and the first 4th and short call resulted in a gutsy pass to AB in which he made the catch in double coverage.

* The speed on defense looks like it’s too much for the Redskins to handle – a good thing.

Steelers Must Overcome Early Season Struggles To Ensure a Playoff Run in 2016
Dazzling D.C. 2016 Debut for the Steelers; Beat Up Redskins 38-16