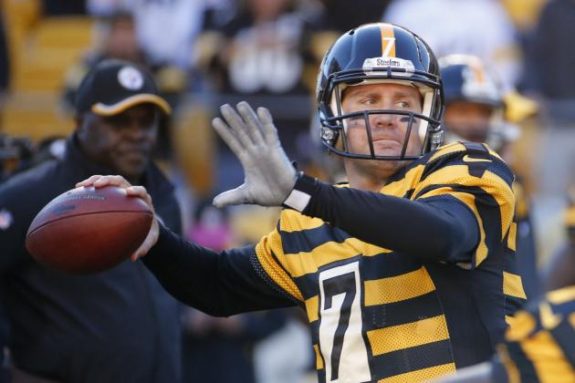 Again defying the odds in terms of overcoming injury, Steelers QB Ben Roethlisberger will start today’s game against the Baltimore Ravens, less than three weeks after surgery on his knee.

Big Ben had surgery on his knee on October 17th to repair a torn left meniscus, a day after he was injured in the teams’ loss to the Miami Dolphins.

Roethlisberger has been limited in every practice this week, but he’s done enough for Mike Tomlin to be able to start the game as the Steelers look to break their two-game losing streak and keep control atop the division.

Are the Steelers Rushing Ben Roethlisberger Back Too Quickly?
Steelers at Ravens NFL Week Nine Inactives