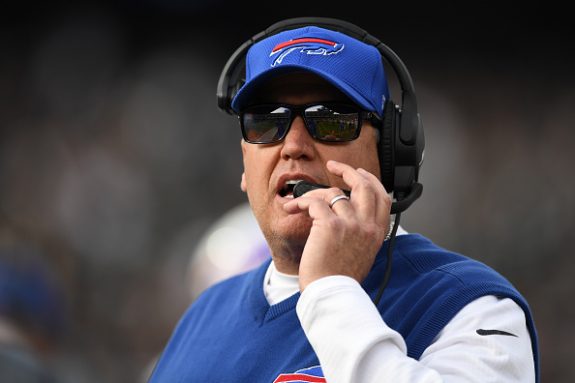 on the
After a win over a quality NFC team in the New York Giants last Sunday, the Steelers will head to Buffalo, a place where they have had some memorable games over the years with the Bills, for a key AFC matchup as they look to keep pace for the AFC North crown as they enter 7-5, tied with the Ravens for the top spot in the division.

The black and gold were impressive in beating the Giants last week, and now have to play on the road the next two weeks before closing out the season with the Ravens and Browns at home in two games that could decide if they make the postseason at all.

This game is going to be critical if this team wants to make the playoffs, and the Bills are not giving up on the season yet at 6-6. Here’s our three keys as well as prediction to see if the Steelers can make it to Cincy a week from Sunday 8-5 or 7-6.

The Bills seem to be struggling right now on pass defense, and Ben Roethlisberger could be licking his chops at this matchup if the O-line can keep giving him time to throw. In their loss to Raiders last week, Oakland QB Derek Carr went 6 of 9 for 15.9 yards per attempt and a 146.8 rating when he threw the ball downfield 15 yards or more. Don’t think the Steelers didn’t watch that and don’t think they won’t try to do the same thing Sunday with Antonio Brown, Sammie Coates and even Ladarius Green.

LeSean McCoy and the Bills run game can keep the Steelers off the field if they can get that part of their game going, but the Steelers run D has done a nice job as of late, and expect them Sunday to gang tackle McCoy every time he touches the ball. Last week against Oakland McCoy averaged 7.6 yards per carry and had 130 yards on the ground. The Steelers have to make sure to hold him in check, if they do that will force the Bills and Tyrod Taylor to throw more than they want, which should play in the Steelers hands.

The Steelers have won three three in a row after that awful four-game losing streak, but this team still has work to do, and losing to a Bills team on the road won’t sit very well for a team that has visions of winning the division and going deep into the postseason. This can’t be a letdown game for the Steelers, and they have to come out and stay grounded, focused and not play one of those sloppy games where they think they can throw their helmets on the field and they will walk out with a win. An early lead in this game would do wonders as well as it would hurt that Bills run game big time.

Prediction: Yes the Steelers still owe the Bills a debt of gratitude from last season when they knocked the Jets out of the playoffs which allowed the Steelers in, but now it’s 2016 and that was then, this is now. The Steelers are a ‘hot’ team, but again they can’t be overconfident in this game as Buffalo is 3-2 at home, but those wins are over the Cardinals, 49’ers and Jaguars. The Steelers are playing better than the Bills, and if the weather isn’t a major factor they should be able to throw on Buffalo and use Le’Veon Bell a lot like they have the last three weeks. Pittsburgh 23 Buffalo 17

Great Steelers games coming up, check betting lines at Betphoenix.ag
First Half Thoughts On the Steelers 14-7 Lead Over the Bills