Unlike the Last Two Years; Steelers Injuries Not a Huge Factor Entering the Playoffs 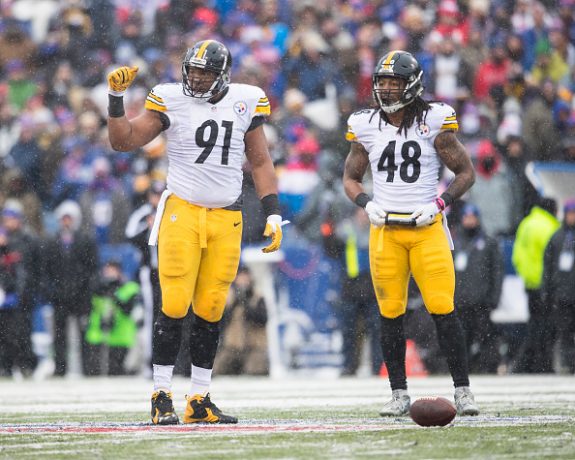 One of the biggest factors in Sunday’s win against the Browns to end the season wasn’t even getting the win, but was getting through the meaningless regular season finale without losing any key players to injuries.

That’s why the three ‘B’s’ of the Steelers, Ben Roethlisberger, Le’Veon Bell and Antonio Brown all didn’t even dress for the final affair of the year.

Today as the team will get ready for a wild card game Sunday at 1pm at Heinz Field coach Mike Tomlin gave an injury update, and for the most part it looks like the team is in good shape to host Miami for their first playoff game of the 2016 season.

While it would be nice to get a couple of the above players back, namely Tuitt, Chickillo, Golden, Green and Mathews, none of them are players that drastically change a game plan like last season when the team started the postseason having already lost running backs Le’Veon Bell and DeAngelo Williams.

If anything, the team seems way more healthy than it has the last two postseasons, which is why many think the black and gold, three games away from a trip to the Super Bowl, have a great shot to get there this season.