Is Antonio Brown Really on the Trade Block? Steelers Say Not a Chance 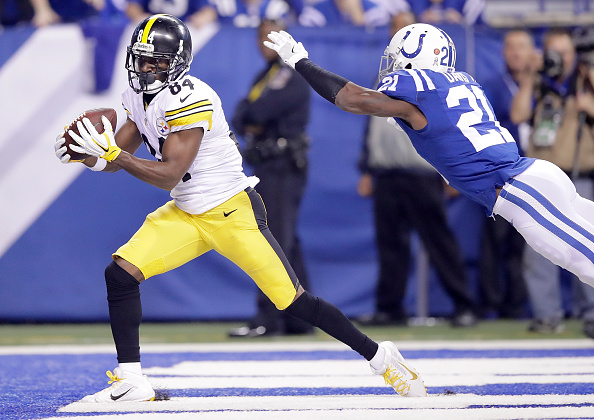 “Several teams” have inquired on the availability of wide receiver Antonio Brown, but the Steelers have said “hell no” according to Mike Freeman of Bleacher Report.

As well they should. Despite all of the “antics” that have been talked about in the last month, Brown remains one of the elite receivers in the NFL and is an will remain a fixture in Pittsburgh. Steelers president Art Rooney II has already said an extension for Brown is a priority as the 28-year-old wideout has clearly outperformed his current contract signed in 2012. Without the extension, Brown will play 2017 for $8.71 million-an outrageously low salary given his production-and would be eligible for free agency in 2018.

In an interview with Freeman included in the article, Brown acknowledged that he has “some growing up to do”. There is no doubt he will be doing that growing up in Pittsburgh.