Steelers Go Back to the OLB Tree; Select T.J. Watt with the 30th Pick in the NFL Draft 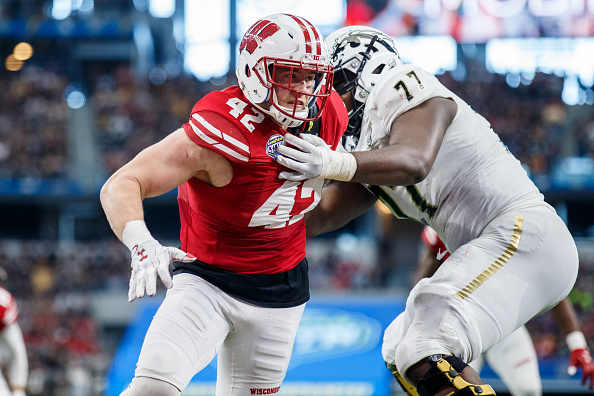 The Steelers are hoping the brother of J.J. Watt is as close to as good as the Houston Texans all-world defensive player is.

That’s because Thursday night in the NFL Draft, the Steelers put their eggs in T.J. Watt’s basket, making him their first-round pick, hoping he’ll add some big time pressure on the quarterback from the outside linebacker spot.

Watt finished with 11.5 sacks and 15.5 tackles for loss last season for Wisconsin after struggling through injuries earlier in his collegiate career. He started as a tight end before switching to linebacker.

The 6-foot-4, 252-pound Watt joins an outside linebacker group that includes James Harrison, who turns 39 next week, and 2015 first-round pick Bud Dupree.

This is the fourth time in the last five drafts the Steelers have taken a linebacker with their top pick, and with Jarvis Jones gone in free agency, they are hoping that Watt will pick up the slack and be even better than what they got from Jones.